The real rock star of music photography, John McMurtrie talks to Jessica Bracey about how Don McCullin shaped his work ethic, why an Ozzy Osbourne album cover is his ultimate pin-up and how lighting plays an essential part in his list of heroes.

JB: You mentioned Don McCullin, Bob Carlos Clarke and Eugene Robert Richee. One thing I noticed about all these photographers is that they all shoot in black and white, is this something that attracted you to their work?

JM: Yeah, itâ€™s true actually isnâ€™t it. I think thereâ€™s a lot of impact to black and white and Iâ€™m getting quite well known for using colour so itâ€™s kind of weird. It has influenced me in a way that all these photographers, well other than Don I suppose, light their subjects. But no itâ€™s not an obvious decision to be honest, it just happens to be that way.

JB: Which one in particular would you say is a favourite of yours?

JM: As for portrait photography Eugene Robert Richee is the guy that has inspired me. Iâ€™ve always liked that sort of style of the 1920s to 40s because it was a time when they used to get their lighting so right, it was brilliant. Thereâ€™s so much use of barn doors and honeycombs, heâ€™s just controlling the light. And on a lot of portraits I try to approach lighting subjects in the same way that they would, and that youâ€™re not just flooding a whole area with light. I love the way a lot of the black and white portraits of that era are all backlit and form quite harsh shadows under the chin as well, worked really nice.

JB: Eugene Robert Richee photographed actress Louise Brooks on numerous occasions. Do you think itâ€™s important to have muses in your line of work?

JM: I think so yeah. Back then in the 1920s and 40s it was very safe, especially the portraits of her. I mean she was a sex symbol but a real feisty character, she had that image to go with it as well and it kind of set the world alight, I like that. If youâ€™re going to do a portrait donâ€™t do something that is safe, do something that really comes out at you. And all the imagery of her is just so beautifully lit, the make up, her styling and hair itâ€™s amazing. Iâ€™ve photographed Ville Valo (from the band HIM) quite a few times now since 1997. I love photographing him because heâ€™s always up for doing something a bit different, whereas a lot of bands see the whole press thing or the promotional side as just a chore. But whenever we do photography together itâ€™s always going to be something that communicates and makes an image that people will hopefully remember. 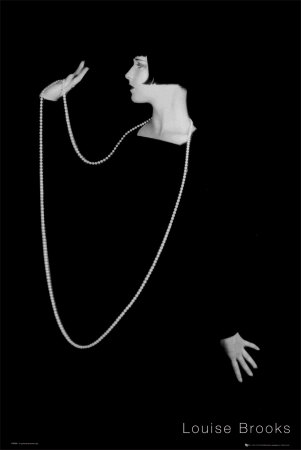 JB: Talking of portrait photography, youâ€™ve chosen Bob Carlos Clarke as one of your heroes, now heâ€™s quite a provocative photographer, why did you choose him?

JM: When I was much younger I was into heavy metal and he did the album cover of Ozzy Osbourneâ€™s No Rest for the Wicked. And it was just brilliant! He got these children which I just thought was peculiar but it was brilliantly lit, so I used to have that on my bedroom wall when I was a kid because of the photography, because I loved the picture. I wouldnâ€™t say that I was a massive fan of all his work, I love his style, I love his style of printing and I really love his style of lighting. I used to work for Nikon years ago and I met him at a lecture and did think he was a little bit arrogant, but I think that arrogance helped him in the way that he got subjects to pose. But Iâ€™m more of a fan probably because of that Ozzy Osbourne album cover.

JB: Another hero of yours is Dom McCullin and his war photography, is this something that has influenced the documentary side of your music photography?

JM: Yeah definitely, I love his style and how he just gets in there and gets the shot. But there have been a few occasions when I have been in the thick of it, and not sort of what would Dom McCullin do, but your first instinct is to run and your second instinct is well Iâ€™m here as a photographer so I should be photographing this. I think thatâ€™s why I have so much admiration for him is the fact that he can fight that whole sort of instinct to just run and get the hell out of there, whereas he will stay heâ€™ll take the shot, but he wonâ€™t just take the shot heâ€™ll actually make a really composed photograph that communicates with you. I think Don should be so proud of himself, because his images are just going to be remembered forever and they really are iconic images. Any photographer aspire to take just one photograph that is just as powerful as the hundreds that Don took, but we all donâ€™t have the balls that Don had to go into war zones. I think thereâ€™s more anarchy in what Dom McCullin does than any rock photographer around at the moment, because heâ€™s on the streets in riots, war zones and all the rest of it and heâ€™s taking shots.

JB: What image of Don McCullin particularly appeals to you? The image that probably everybody goes on about is the Vietnam Shellshocked photograph. For me itâ€™s just an amazing picture because itâ€™s a moment in history and itâ€™s the fact that he composed that shot and took that shot so well. Most photographers go â€œoh just leave the guy alone heâ€™s in a bad way,â€ whereas he just takes photographs that inspire other photographers. When I was studying at art school, I had his book Reasonable Behaviour and I just loved it. He is a portrait photographer, not that he would probably admit that, but thatâ€™s what he used to do when it kind of started, with those really gritty on the street photographs. He used to photograph all the east end characters and the dropouts and things like that, but he would photograph them in their surroundings with just brilliant compositions. John McMurtrieâ€™s book On Board Flight 666 published by Orion is out now. www.picturedesk.co.uk