In the moshpit with ROB FLYNN from MACHINEHEAD 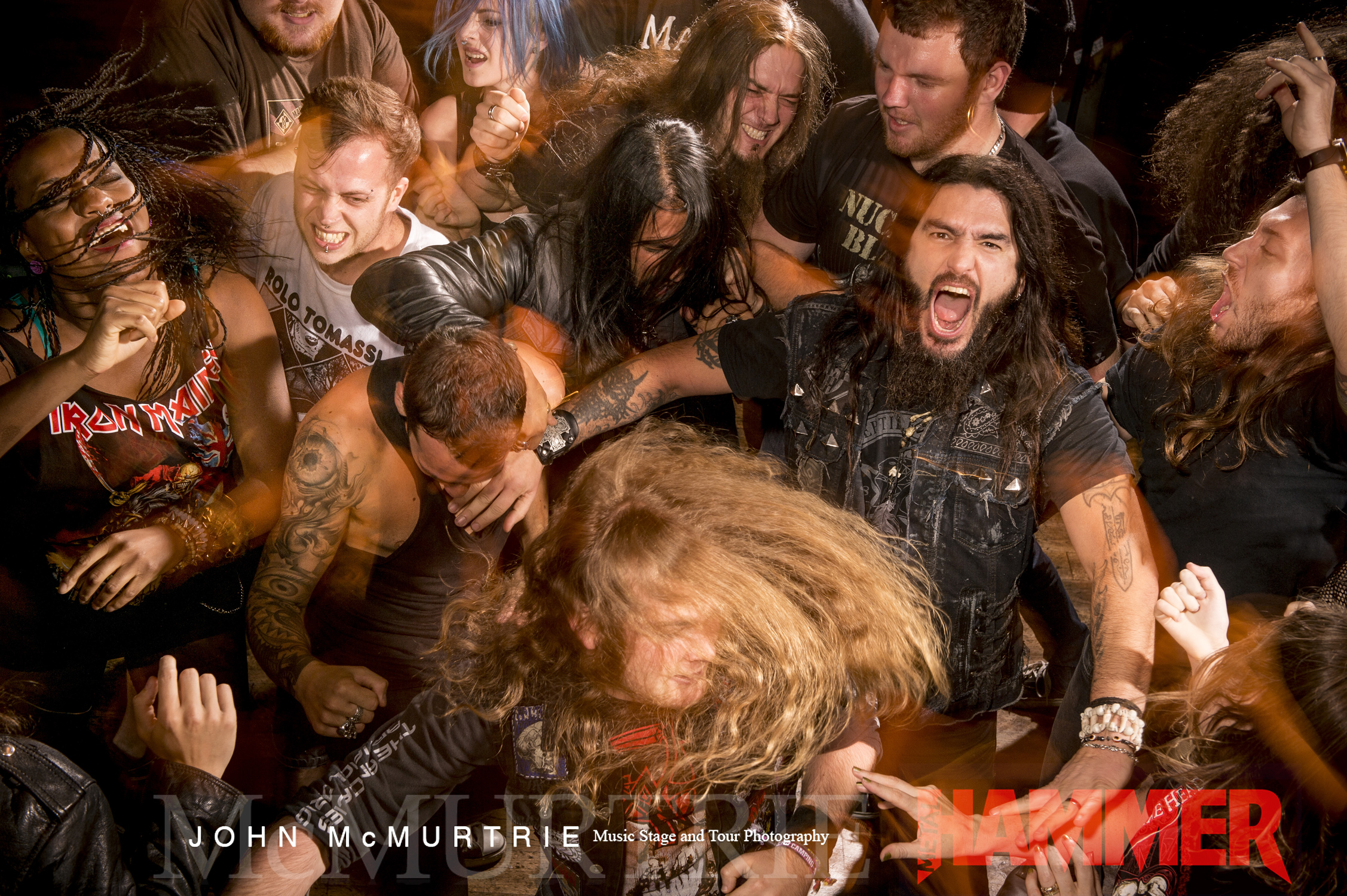 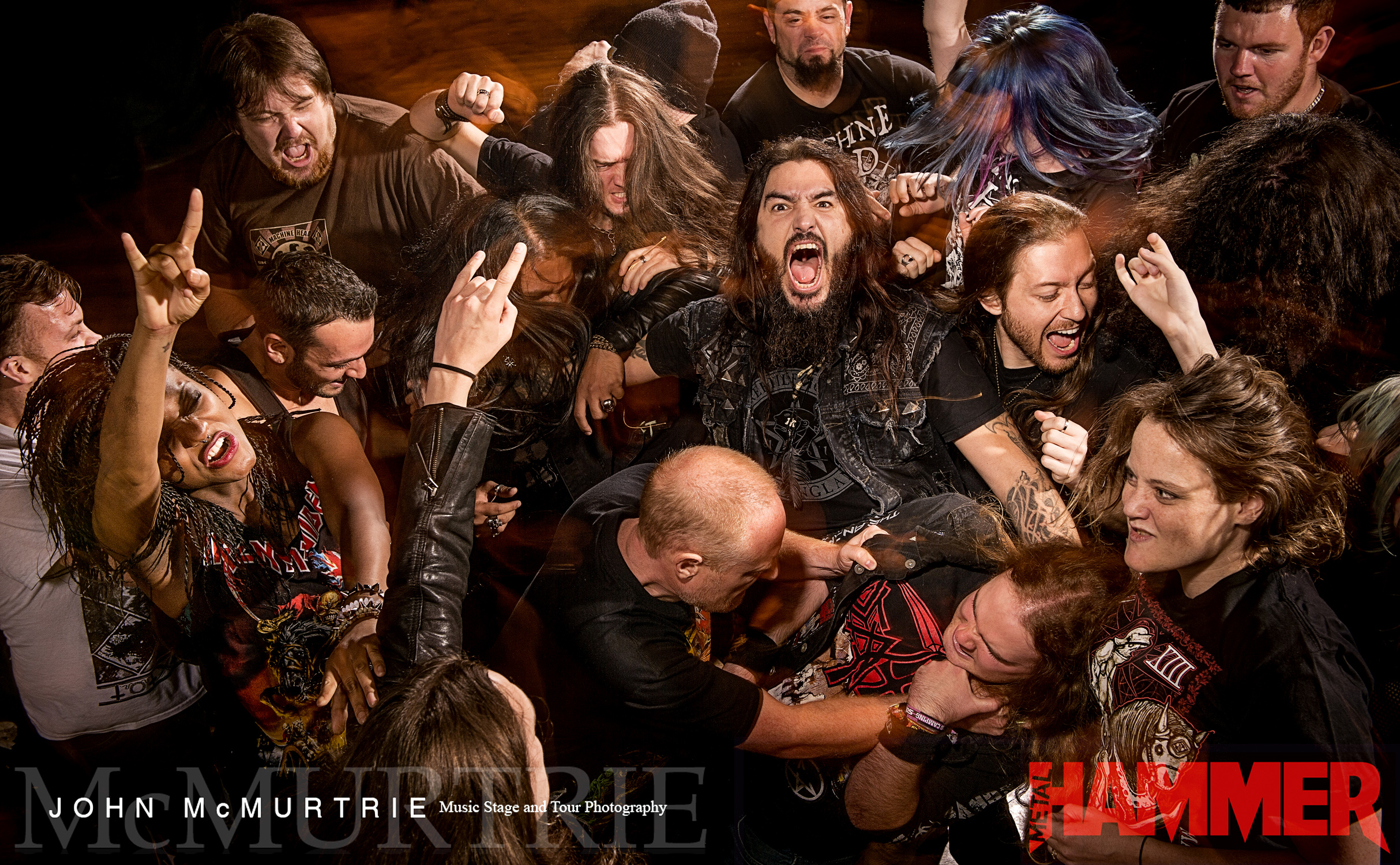 How do you make only 19 people look like a moshpit? That is what I was askingÂ when originally I had suggested we would need at least 50 people to make it look convincing. Â For fear of being over subscribed for this photo shoot with Rob Flynn we kept the shout out for extrasÂ a quiet one. Â So when the time of the shoot came we had far fewer moshers than I was expecting! I had to shoot a whole host of formal portraits with Rob before we got to the fun stuff in the moshpit so the volunteer crowd were kept outside in the bar at the Camden Underworld. Â By the time we got to the moshpit shoot myself and assistant Chris had to break down the studio we had built for the portraits and set up for the mosh pit. Â We taped out a large rectangle in front of the stage and marked a cross on the floor where Rob would stand (carefully avoiding positioning him in the middle/crease of the page as the shot was for a double page spread). We then set up a back light, a side light with a dish, an umbrella on the left to fill-in and a boom arm with a grid light. Â We then invited the extras in and did a couple of practise takes with the art editor Lewis from Metal Hammer standing in place for Rob Flynn. Â I wanted a large depth of field to keep things sharp @f8 and a slow shutter speed ofÂ 1/4 of a second to give some blur amongst the pin sharp flash exposure. Â We cranked up the music, invited Rob into the pit and told all the moshers to literally fight there way from one side to the other. Â I think I also promised a prize to the best extra (to be announced). Â Don’t look at the camera, don’t accidently hit Rob and go crazy! We nailed it in about 20 takes and all the extras were superb throughout. Â Check out the November issue of Metal Hammer now to see more shots from the day! 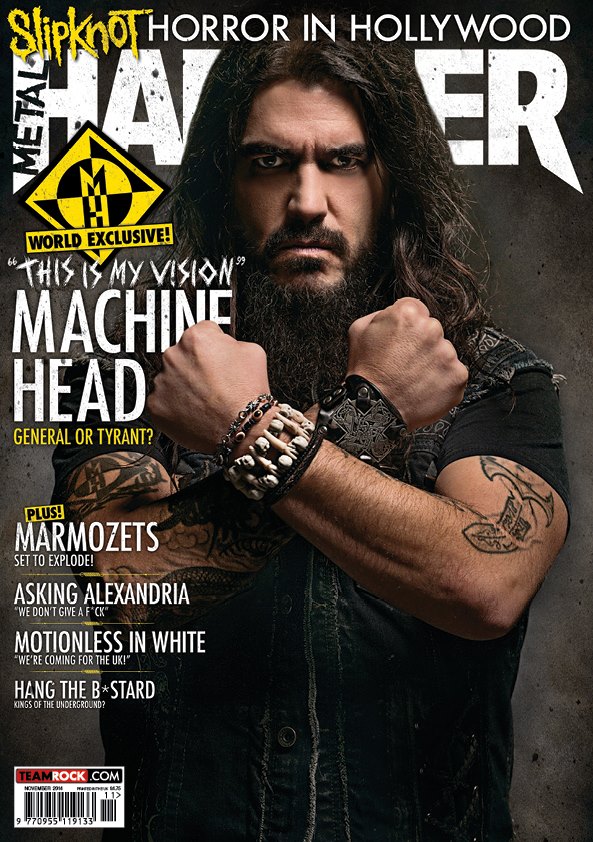 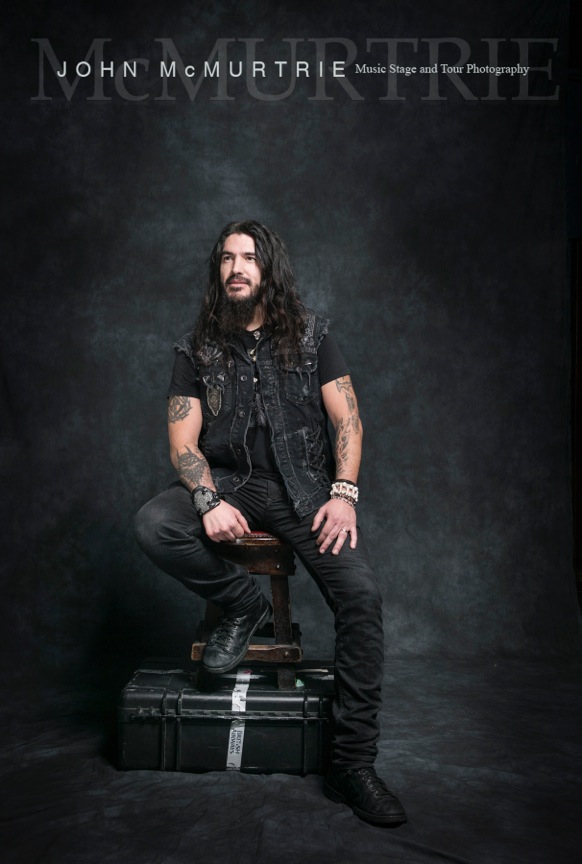 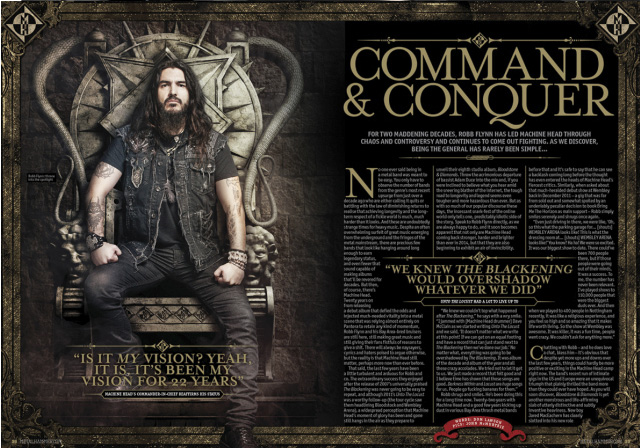