Nothing to see here!

I have so many shots that I am just dying to get pasted up here – but I can’t! Due to magazine rivalry I have to keep things under wraps for the moment!

I have the best cover I have ever shot due out soon ( in my opinion anyway!). As soon as its on the news stands I’ll get it posted up here with some behind the scenes info!

I am still stupid busy at the moment with plenty going on. The ‘Bullet for my Valentine’ tour started well.
How lush is their tour bus? 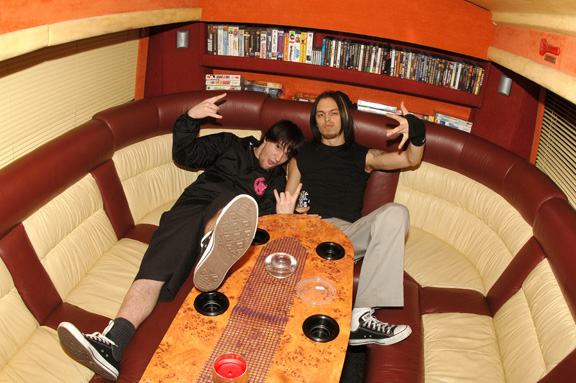 Have a shoot with Fightstar at the end of the week that I am looking forward to. Just found out they are fellow fans of the Deftones so the music in the studio should be bearable.

Talking of the studio I had to stick up the shots below from the Darkness session. Brad from Total Guitar really was blowing smoke rings up Justin’s arse – well until Justin called us cheapskates for not hiring a smoke machine – He had apoint!

I think Brad used a Henry Wintermans for the effect below. 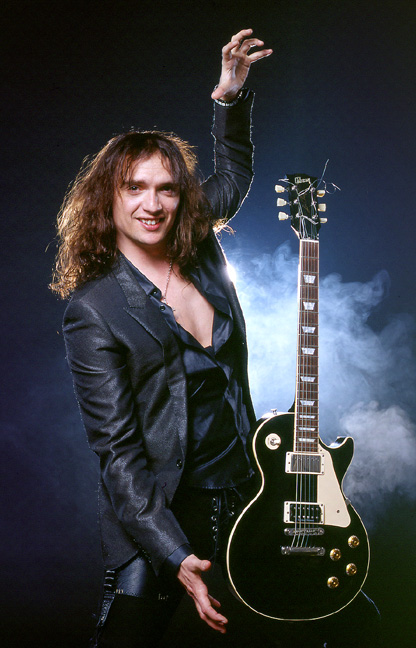 Following the smoke shots it all went a little hazy. Dan Hawkins decided the tree in the foyer would look better in the shots, 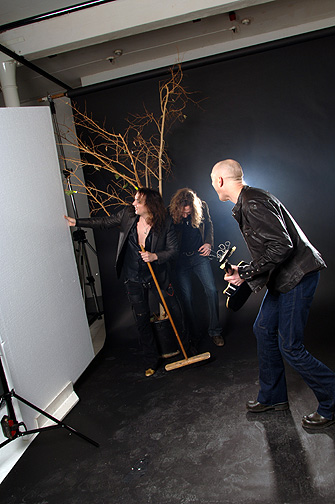 Justin disapeared and came back with a broom, Richie the new bass player gets a tree in the face. 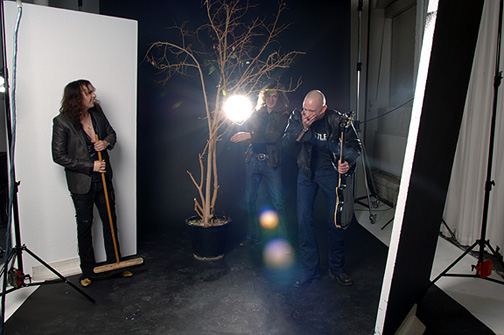 Dan and Richie decide the one and only Gibson Les Paul we have (we were supposed to have 3!) would look better in the pot. 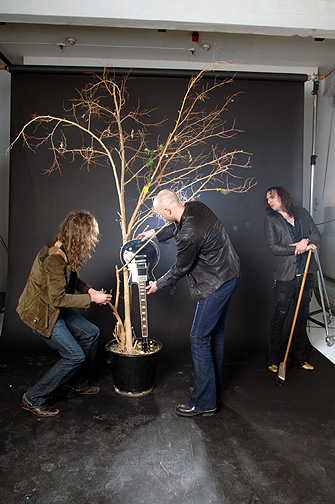 This is all playing out to ‘Trampled under foot’ – Led Zeppelin. 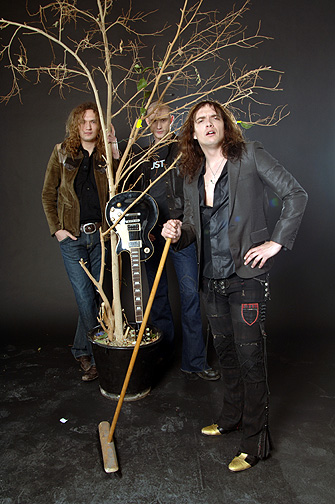 Dan looks kind of serious – I had given up at this point!

Phill and Brad from TG join in on the chaos. 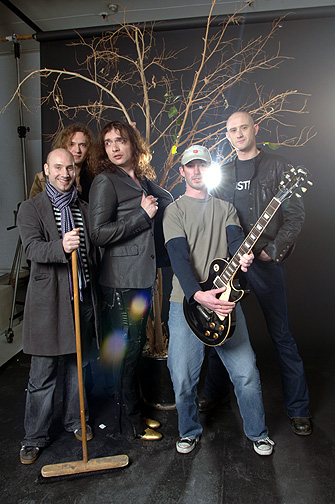 I totally give up and tell everyone to ‘F**k off’ (true story). I think we are safe to say the shots above will never be published anywhere! All in all a perfect shoot.