…you could get a bus through there!

Posted on February 9, 2008 by JOHN McMURTRIE

…or maybe not! Welcome to the insane streets of Mumbai and probably the greatest tour on the planet. Everything is going great and the plane is behaving! The shows and reception as this tour unfolds has been incredible. First India and now Australia. Sorry it has taken a while to get anything up but everyone is working their socks off to keep the show on the road. I have had little sleep in the last week, uploading shots and editing the pictures. I think I am taking some of the best shots I have ever done of Maiden. The Nikon D3 is just a dream camera to use and everything is now being processed through Adobe Lightroom which I have to say is now my program of choice. You couldn’t ask for a processor more in tune with the traveling photographer. I won’t bore you to death with the geeky stuff but I couldn’t get the job done without it. I have taken over 6000 shots so far and we have only just got past the first week. Would love to share the shots with you but the exclusive stuff goes out for international press and up to www.ironmaiden.com first. Become a member and there is on-line diaries and tour galleries a plenty. Also maiden tv is uploading the first ‘on the road’ videos any day soon.

Before I go I have to big-up Nikon Australia. Had a lens aperture break on my 24-70mm on the way from Melbourne and Nikon had a technician on standby when we landed in Sydney. Fixed it on the spot and sent me on my way a very happy man. Cheers Nikon! Will hopefully catch up with David from Nikon at the show tonight backstage. More updates soon!

Road rage Bombay style – I suspect its not the tuk tuk’s first collision? 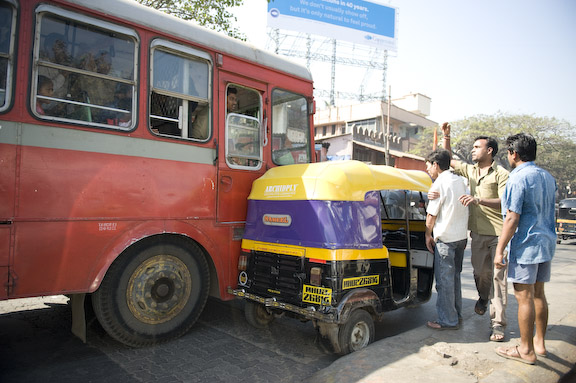 Ed Force One in Perth 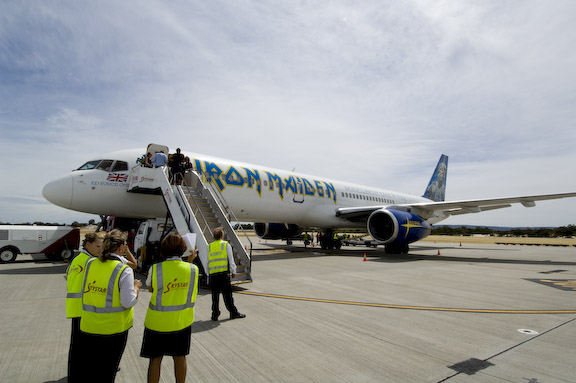 Flying into the storm on the way from Jakata to Perth.

A fine turnout in India.

Perth stadium. The roof is held up by the air pressure in the building so you have to enter and leave through an airlock. I am not kidding and it was royal pain in the arse! Great show though. 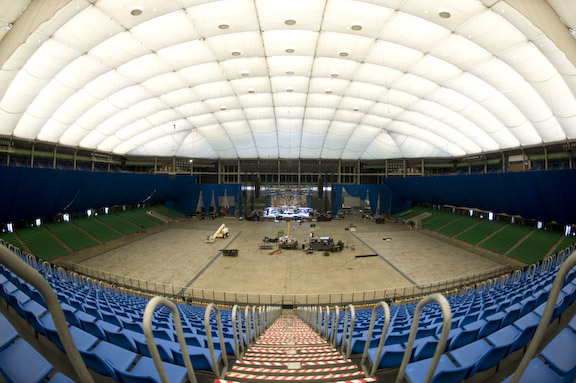 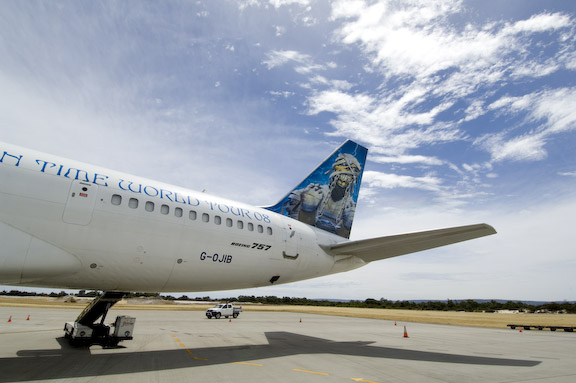 Trans-Am trucking India style. These are the trucks used from Plane to stage, stage to plane.

…and finally! How do you solve your excess baggage issues on check-in at Perth International? Wear everything you own, that’s how! It was 40.c as well. 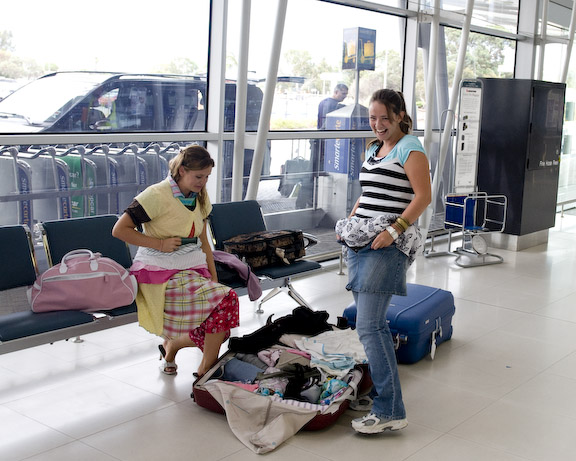